ECO-6 Invests US$250 billion worth of LUMI in Birland State, the “Bir Tawil Land” of Africa

Chief Governmental Officials from both ECO-6 and Birland State announced today that a historic agreement between ECO-6 and the Birland Government (Bir Tawil) was concluded at the weekend. The Agreement establishes Birland State as an official member of ECO-6 and will see an investment of US$250 billion from the African Diaspora Central Bank (ADCB) being made for infrastructural development in Birland State.

Bir Tawil has often been described as ‘No-Man’s Land” because neither Egypt nor Sudan lay constitutional claim to it and not under their or any authority neither inside any political map of any country.

The President of Birland State, His Royal Majesty King Emir A. Haiyawi, described his vision of the State as being that of a “humanitarian state for displaced Africans”. The Government of Birland State has been actively working in close cooperation the indigenous Kings and Queens of Africa, the kings of the nations in Africa and Asia such as the Maharaja of Kutai Mulawarman in Indonesia as well as neighbouring governments and international institutions, to establish a transparent economic framework and non-partisan agenda that would propel Birland State into a center of excellence for African economic development and industrialization.

The Chairman of ECO-6, His Majesty Rex Semako I & VI Chief Timothy Elisha McPherson, described the vision for Birland State as being in-line with the various economic mandates of ECO-6. He said, “the African Diaspora are the most dispersed and homeless Africans in the world. We will work with the Government of Birland and the neighbouring states to transform The State of Birland in the Bir Tawil land into a home for those people of African descent who where sold into slavery and brought to Europe and the Americas more than 400 years ago.”

The investment of US$250 billion will be made to build a sustainable Diaspora city that will become an African global hub for knowledge transfer and excellence in technological research and development, engineering and industrialization, production and manufacturing, renewable energy solutions, financial engineering and banking, and to make this investment open door with good cooperation with the neighbour countries and with other friendly countries.

The Chairman of ECO-6 said, “This is a very historic moment for the African Diaspora and for the whole African family. These lands are the ancient lands of our ancestors from the Kushite Kingdom. By transforming it into an economic center that will definitively begin the industrialization of Africa, we inaugurate a new era of economic development and cooperation between Africa and the world that will also bring honour to these ancient lands.”

Participating in the decision to establish this cooperation between Birland State and ECO-6 were various organizations including the United Kingdoms of Africa and the United Global Kingdoms. Historic issues of land settlement in Africa have traditionally been done at the level of the Kingdoms and Chieftaincies, who are regarded as the original custodians of African lands. 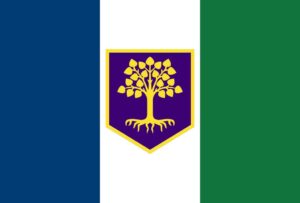 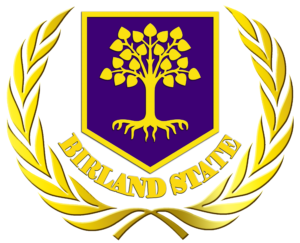